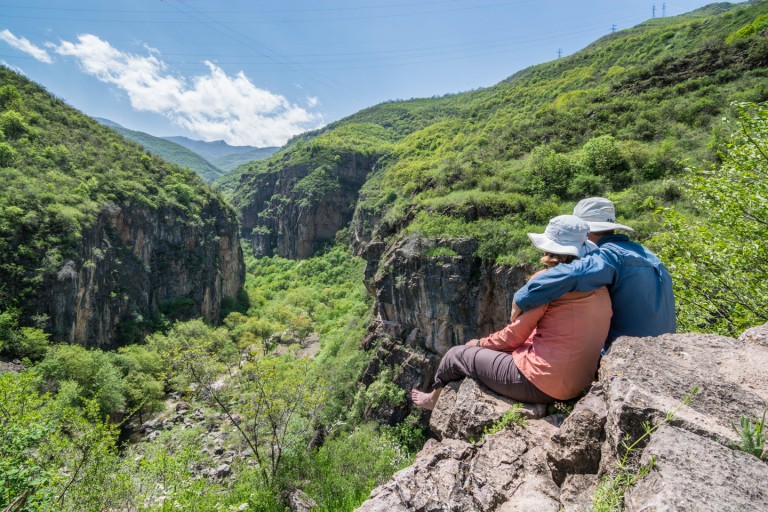 First and obvious, when we met at Riga for the first time. It was the beginning of Summer on 2011 and I had been traveling around Europe for 6 months: backpacking, couchsurfing and hitchhiking.

Before leaving Riga behind me and continuing my travels, I suggested her to join me during her holidays. I had planned the Ukrainian visit on those dates, so having a Russian speaker with me would be a great improvement in my ability to communicate with the locals.

- And, by the way Ilze, you should know that after traveling with me you will quit your job and join me.
- Yes, sure...

One month later we met at Poland, where our joint adventure started.

- Did you get ready your resignation letter?
- Yes, sure...

After 2 weeks traveling we had end up in Croatia. The weather has betrayed us in Ukraine, so we just decided to hitchhike for the Sun; going South to the Mediterranean appeared to us as the best idea. That was the moment for saying goodbye: she had to come back to work and I would continue by myself traveling around the Balkans.

We were hitchhiking to Budapest, from where she would take a flight to Riga and I would thumb up to Serbia. But destiny has a different idea, we left late Croatia the evening before the flight, god stucked in the border and lost her flight for a a couple of hours.

Two hours later, Ilze checking last minute flights and getting scared of the prices, I volunteered to hitchhike with her to Riga. Her YES, I WANT didn't take long. 48 hours later we were at Riga, where she quit her job and joined me on our travels.