After a 12 hours Air Asia flight we reached the capitol city of Malaysia: Kuala Lumpur. The flight wasn’t as hard as it sounds. Quite boring, no space for moving the legs… but what can we ask for paying around 200€ per person with all taxes included?

First step, get used to the local money:

When we arrived there we needed to take a bus cause the airport is quite far from the city, the cheapest one we saw was 8 ringgits per person. It seemed inexpensive and we took it.

From the bus station we took two city trains for arriving to the suburbs, where we met with our couchsurfing host. The public transportation is not efficient at all, you have to go out and in for every line you take, so there is always queues for buying the tickets. Fortunately, and after one day, you get adapted easy to the transport system. 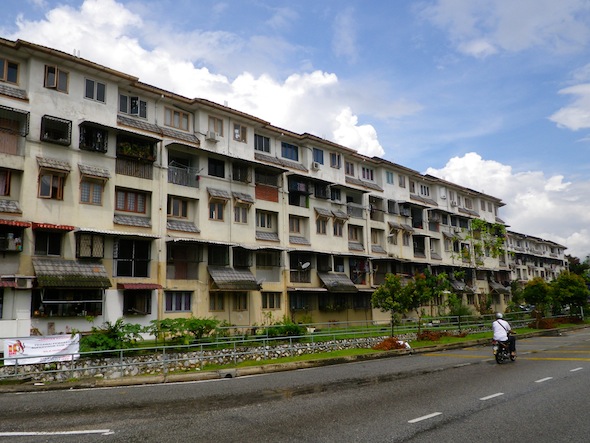 In KL (how locals call the capitol) we enjoyed the contrast between small poor houses and skyscrapers. The Twin Towers are the symbol of the nation and are located in the city center, well surrounded by a huge amount of skyscrapers. One of the Twin Towers is property of the government and the other one is owned by an Indian man.

Kuala Lumpur is infected of commercial centers, everywhere you go you will find one after another. The Malaysian society, at least the capitol citizens, seems very capitalistic; pretty far from the idea Europeans have of the South East of Asia.

It was on the final days of the sales season, so we could see jeans for 10 ringgits. If someone is interested in open one Malaysian store in Europe can give us a call for delivery! 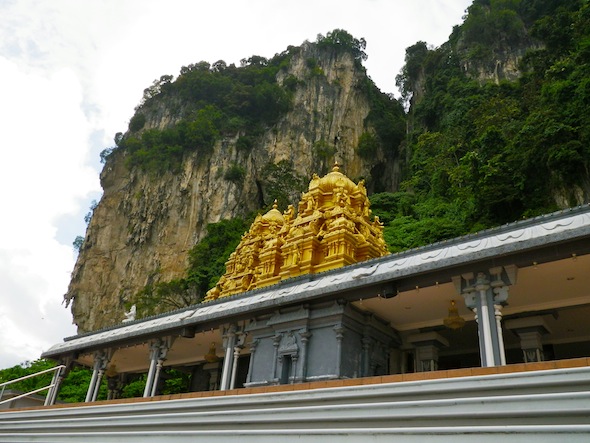 Despite of the high rate of commercial staff we could find the busy China Town, the espiritual Batu Caves and the nice quite Lake Park. National Mosque, Old Train Station and long walks around the city were another of our entertainments.

We had big problems for understanding most of the people even when is supposed all of they speak English, it’s not the British or American English. It’s Malaysian English! The accent is really hard, but they speak with full confidence, so you really have to be focus for not misunderstanding their words.

We started to get into the local food style. Lots of noodles and rices with different sauces, veggies and meat. It was quite cheap, around 6 ringgits per meal and person in the normal local restaurants and stands. Ilze started to discover that here they call vegetarian food to that one with pieces of chicken. She didn’t know that chicken is considered veggie!

The raining was often and heavy, but we didn’t feel really wet because of the hot weather, in fact when we were not under the rain (half of the time) we were starting to miss it.

We spent 3 nights there, but it seemed like 5 days because of the jet lag. Taking a short nap the first day make us feel like we have been there already one day.

From there we headed to Melaka, we were thinking about hitchhiking, but the raining and the cheap prizes of the bus tickets make us change our idea. We payed 9 ringgits per person for the 2 hour bus ride to the Heritage city of Melaka; but that’s another story, for another day.